Skip to content
Ikare was founded by Agba Ode an Ife prince who was one of the grand children of Oduduwa. He migrated from Ile Ife during the disaster period like other Yoruba princes with his Chiefs, like the Olona, the Olokoja, Akuko, Oloyinmo and so many others with members of his family.
He traversed various areas and eventually settled in Ikare based on instructions from Ifa. But when he was leaving, they were sharing the properties of their grand father, Oduduwa and when they were sharing the crowns, Agba Ode who was relatively young realised that he might not get out of this, so he went to Ile-Ife and picked one of the crowns.
Agba Ode settled at a place now known as Oke Iba, it is behind a porpular hill called Oke Owa Ale or Oke Baba wa, meaning the hill of our progenitor and that’s why at Ikare today, the indigenes are called “Ikare Omo Oloke Meji tako tabo”.
At that hilly place they noticed two significant things when they got there during the dry season. There was a brook on the hill which is still there today, and its called Omi Atan, and throughout that dry season the water never dries up. They also settled under a tree where there were weaver birds, a tree which we call Igi Akere.
Agba Ode and his entourage settled under this tree, the uniqueness of that tree was that Ikare derived its name-from the tree “Igi Akere”.
More than two hundred years after Agba Ode had settled down, Umar Etimigbo the ancestors of the present day Olukare migrated from Bida. They called him Umar “Etimigbo” which is an appellation because whenever they talk to him, he will tell them that he cannot understand and that was the reason they named him Etimigbo.
Umar Etimigbo met Owa Ale Orukusuku a great warrior. 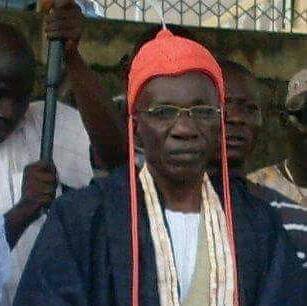 Urbanologist, Geographer, Traditionalist and Oral historian. ​I am a versatile, personable, computer literate and goal – driven achiever. I have good communication skill with ability to interact at different levels. I am self –motivated, can easily assimilate new ideals and quite adaptive to work in different environments. Studied in University of Jos, Obafemi Awolowo University, Ile-Ife and University of Calabar. View more posts

13 thoughts on “The Brief History of Ikare.”